Recommended reading: “Things I Should Have Told My Daughter” 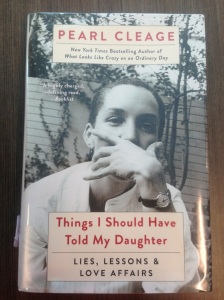 If I had the nerve to ask my mother to read her journals – and I don’t – my motivation would be to find out who she is apart from being a wife and mother. (Yes, I can guess, but the point is: what story would SHE tell?) Whether she ever felt as I do, sometimes: racked with self-doubt, overwhelmed, a sense of wonder and anger at the world, particularly where racism and sexism are concerned. Would she feel professionally and personally fulfilled? How would she confess her deepest feelings? Would I be shocked? Would our paths and questions and desires converge neatly, or would they veer in wildly opposite directions?

Award-winning poet, playwright, essayist and professor Pearl Cleage offered her journals to her daughter, who declined (and suggested burning) them. Instead she has published a swath of her personal writings for us in her latest book Things I Should Have Told My Daughter: Lies, Lessons and Love Affairs. I could Not. Put. It. Down.

Cleage covers a period of her life from activism in the 1970s, working with Maynard Jackson’s historic bid for Mayor of Atlanta, her marriage, childbirth, and divorce, as well as her creative and later romantic life, ending in the late 1980s. I’m glossing over a lot on purpose: this book gets into the life and mind of an artist – the life and mind of a woman – and the things you think about late at night but are afraid to admit or ask for aloud. Yes, she does drugs. Yes, she has affairs. But it’s more than that.

“I want to do things I never thought I’d do,” she writes. In another passage she notes: “Being afraid is no excuse.” And she unflinches from the challenge of facing these questions:

How badly do you want it?

How bold will you be to get it?

Until you answer these, it is all [expletive].”

Cleage travels, writes and insists upon a “room of her own” to in which to create. She works with Coretta Scott King and is photographed by legendary Tuskegee artist (and Bessemer native) P. H. Polk. She searches for the balance between paying the bills and pursuing her art. She confronts her own mortality and faces her mother’s illness. She defines and pursues personal, professional and creative freedom for herself. She LIVES. 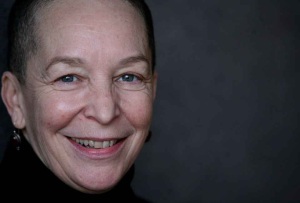 Several times I had to put the book down and just exhale. In an age where everyone has fifteen minutes of fame and a front page thanks to social media, what I often see are carefully curated reconstructions of people where the messy parts of life – the authentic parts – are photoshopped and cropped out, then improved with filters. It was totally refreshing to read that Cleage didn’t always have it totally figured out, that she doubted and dreamed and fell down and got up and changed her mind and moved on and came back and tried again. That she succeeded. Reading her book made me realize I don’t want to have to put the pieces together after people I love are no longer here, when it’s too late. It gave me the courage to ask my mother a few questions, starting with this one:

P.S. Interesting fact: Cleage has an Alabama connection. Her maternal grandparents were from Alabama, and her grandmother’s uncle Victor Tulane owned a store in Montgomery.

P. P. S. Think leaving stories behind for your children isn’t that important? John Dickerson explains why it is in this piece for Slate.com.

Images via ConnectSavannah.com and AEB